The City of Cleburne has outlined the 9-miles of local streets it plans to improve as part of the 2020 Streets Program.

The City Council has budgeted $2.5 toward street improvement projects that will begin in spring and last through the year. This year’s work continues the City Council’s multiyear approach of investing back into the infrastructure.

“For a long time driving Cleburne roads was not a lot of fun but here lately it has gotten a lot better,” Mayor Scott Cain said. “Last year alone city council spent $4 million on 9.5 miles of improvements and were just getting started.” 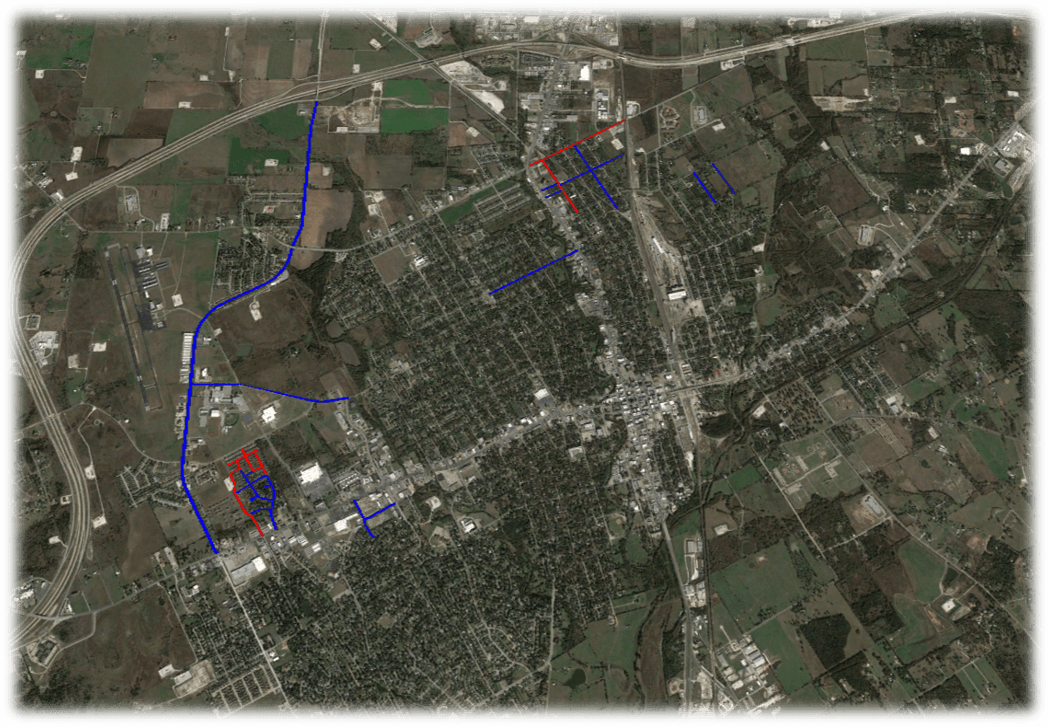 Crews will use a variety of construction techniques to improve the roads based on a streets current condition.

The least intensive method of street resurfacing is fog sealing, where crews apply a layer of asphalt emulsion over an aged pavement to help preserve it and extend its quality and life.

The other procedure, called Mill and Overlay, is when crews remove the top layer of road, usually two inches, and replace it with a new driving surface.

The third technique the city will use this year is street rehabilitation. In this method, crews will replace both the surface and base layers of the street.

In addition to these planned projects, the in-house streets team will continue base repairs, filling potholes, and crack sealing.

The city will make more information about the construction projects later this year.

The 2020 Streets Program is finished!

Crews have completed the projects in the 2020 Streets Program