The City of Cleburne represents the unique confluence of time, land, and place that shaped the identity of generations of citizens, collectively and individually, and produced significant historic, architectural, and cultural resources that constitute their heritage. The City of Cleburne has established ordinances to provide for the protection, enhancement, and perpetuation of landmarks of historical and cultural importance and significance. Homes that have received the Historic Designation from the City will be showcased on the website.

There are currently a total of five homes that have been approved for a Historical Landmark Designation: 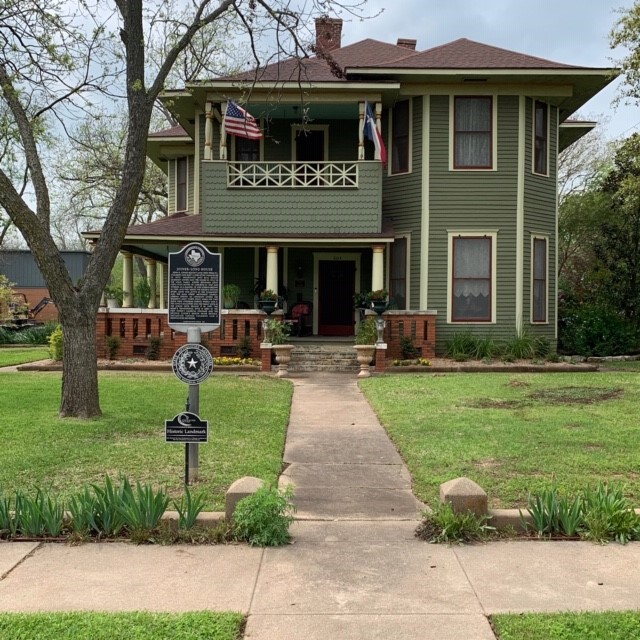 With its two phases of construction, in 1895 and c.1910, the Joiner-Long House serves as a excellent example of transitions in domestic architecture during the late 19th and early 20th centuries. Although its form and some remaining details reflect its late Victorian origins, the later simplification of details and addition of Colonial Revival features associated the house with the more modern, Free Classic version of the Queen Anne. As if to emphasize the house’s contemporary character, a few Prairie elements were also added. Occupied by two prominent families, the house reflects the changing architectural fashions of the towns elite.

As it is clear from a c.1912 photograph, there has been virtually no change to the Joiner-Long House’s appearance since its c.1910 alterations. Extensive repairs have been made, but little historic fabric has been lost. The house today retains a remarkably high degree of integrity of design on both the interior and exterior.

The Joiner-Long House is Cleburne’s only private residence to have been designated by the Texas Historical Commission as a Recorded Texas Historic Landmark, a State Antiquities Landmark and listed in the National Register.

The Prairie Avenue neighborhood where the house sits, originally known as the Chambers Addition, was developed during the last few decades of the 20th century. This becomes evident in the eclectic mix of Late Victorian, Colonial Revival, Craftsman and Tudor Revival architecture that still defines the area.

Very little is known about the original owner, John Bee Joiner and his family, who built the structure in 1895 according to a Cleburne Daily Enterprise article. John was born c.1859, the son of a Confederate soldier John Elliot Joiner. Joiner was active in the Masons and participated in the Order of Knights Templar while living in Cleburne. An original lodge box belonging to Joiner was returned to the home after 1998.

Joiner was in the real estate and insurance business located at 202 South Main. In 1912, Joiner sold the house to Joseph B. Long for $5500 dollars. Local directories indicate Joiner and his family moved to 931 North Anglin after selling the home. However, after 1915 no other directory entries show the John B. Joiner family residing in Cleburne indicating that perhaps they left town.

Joseph Benjamin Long was born in Mexia, Texas in 1876, the son of a well known doctor in Limestone County. Joseph, not following in his fathers footsteps, chose to become a banker. His first job was a messenger boy for the First National Bank of Mexia. In 1907, Long quit his job and moved to Cleburne.

In the summer of 1909, Joseph met Lorena Earl Brown at a garden party given by Mrs. E.Y. Brown and the two were married in November of that year.

In Cleburne, Long helped the Hon. Cato Sells organize the Texas State Bank & Trust Company. Long was the first cashier while Sells served as President. The bank did well, but after four years, Sells wanted out and sold it to the Traders State Bank of Cleburne.

After the dissolving of the Texas State Bank & Trust Company, Long went into two new business adventures. Collaborating with John W. Floore, they started the Floore-Long Loan and Mortgage Bankers in 1911. In 1912, Floore opted out of the business, and Joseph Long bought his interest in the company. Long soon rejoined his associates from Texas State Bank & Trust Company to establish the Home National Bank which opened in 1913. He served as first cashier and director, then as Vice President, and eventually became President in 1921. By 1922, business assets totaled over $1,250,000.

Joseph Long was socially active, participating in many organizations and clubs that benefitted Cleburne’s growth and development. Long served as the secretary-treasurer of the Cleburne National Farm Loan Association, a group he helped organize and charter. He also served on the Board of Directors of the Farm Gin of Cleburne, was one of the first directors of the Chamber of Commerce of Cleburne, and was President of the Cleburne Board of Education at a time when the town boasted of having one of the best school systems in Texas.

During World War One, Long was the chairman of the United War Work campaign covering Johnson, Bosque, Hood and Somerville Counties. Long became the authorized representative for the Government of Cleburne for making proof of claims of ex-service men and widows of soldiers.

Joseph Long belonged to several local fraternal organizations. He served as treasurer of all Masonic Lodges in Cleburne, was active in the Knights of Pythias as a chancellor, and was a trustee of Lodge No. 464 of the Independent Order of Odd Fellows.

Long, like may businessmen of his time, was a progressive and strong supporter of civic improvements. In a 1912 issue of the Cleburne Morning Review, he gave an interview supporting construction of a well-equipped water plant. He wanted better water for the city, and at rate, which he argued would entice manufacturers to build their plants in Cleburne. Later in 1914, another newspaper interview indicated his strong support for a new and better hospital in Cleburne. Long believed this would enhance value of property and benefit all classes alike.

Joseph Benjamin Long died in his home on February 21, 1939. He was suffering from pneumonia he contracted only days before his death. 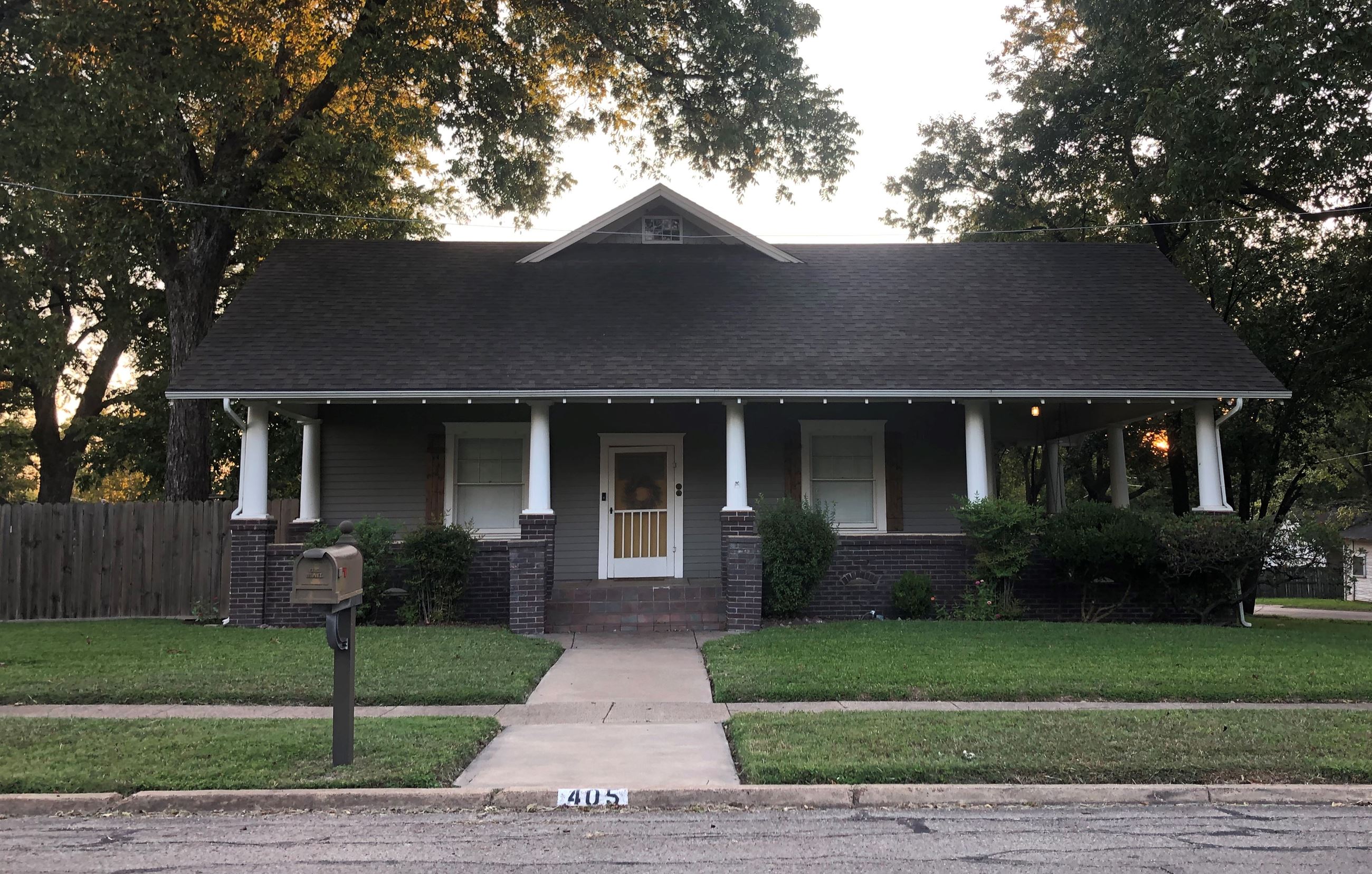 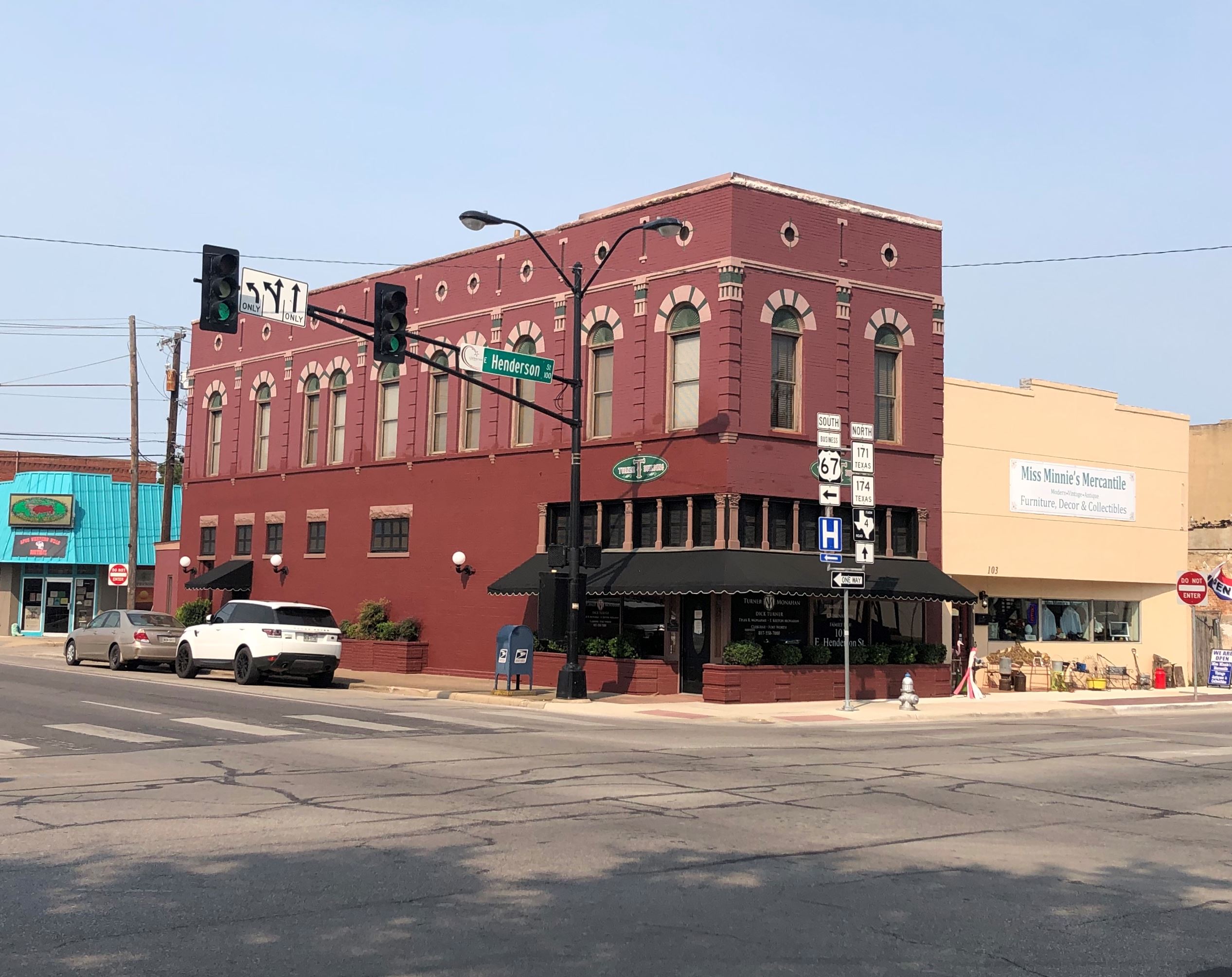