The Portal to Texas History

A gateway to rare, historical, and primary source materials from or about Texas.

The Cleburne Public Library was awarded a $25,000 TexTreasures grant by the Texas State Library and Archives Commission and the Institute of Museum and Library Services. Working in conjunction with the Texas Digital Newspaper Project (TDNP) and the Portal to Texas History, the Cleburne Public Library will begin a multiphase project to digitize issues of the Cleburne Times-Review from 1934-1955 and add them to the few that are already accessible through the University of North Texas Libraries’ Portal to Texas History. The materials will be a combination of bound original newspapers and microfilm and will provide free access to all issues of the City’s newspapers for those researching events and individuals in Cleburne and the surrounding communities.

A large collection of bound editions of the Cleburne Times-Review, spanning from 1927-1973, was found by the Martindale family in 4M Parts Wholesale Auto Parts, formally known as McCord-Collins Wholesale Grocers. The building dates to circa 1904 and was previously owned by William M. Rawland, a former Times-Review owner and publisher, who cultivated this collection. The collection was transported to Marti Enterprises where Cleburne historian Mollie Mims and other volunteers dusted and sorted each edition, preparing them for a move to the archives at the University of North Texas.

For many years it was the leading newspaper for the county. It was started around 1868 and  ceased publication in 1916. During this time it changed ownership many times.

In 1934 the name of the paper was changed to the Cleburne Times Review which is still being published to this date. The paper was a six day a week paper until recently. It is now published three days a week and is available online everyday and can be accessed on its website www.cleburnetimesreview.com. 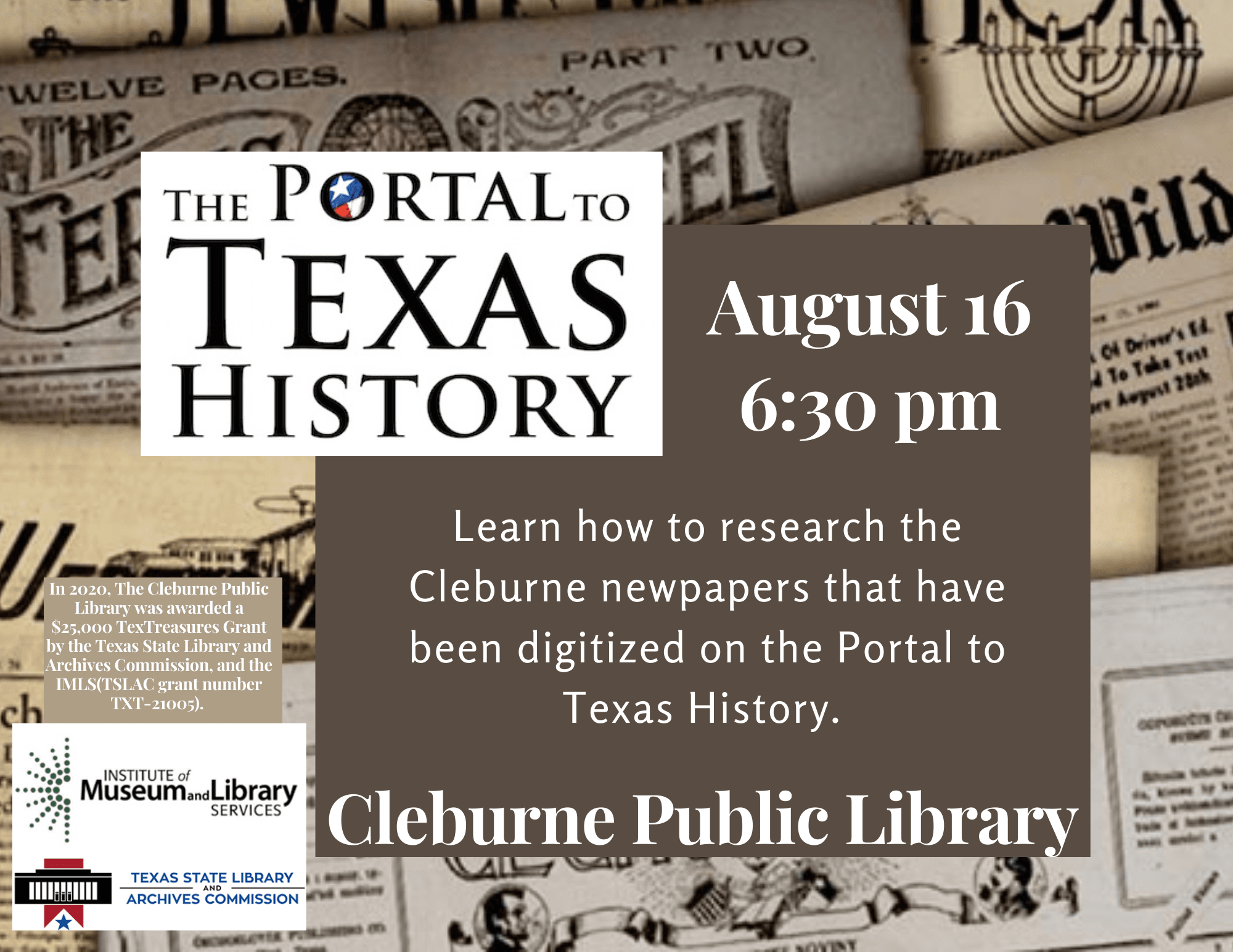