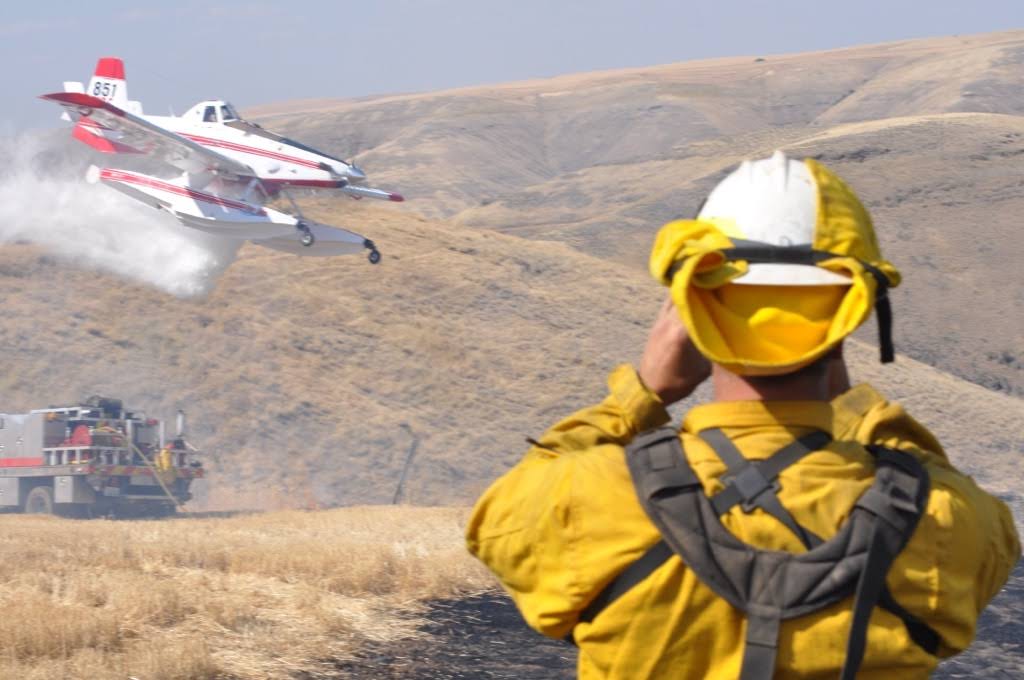 Dauntless Air, an aerial firefighting company with headquarters in Minnesota, recently moved several firefighting aircraft known as Fire Bosses to Cleburne Regional Airport to provide support to the Texas Forestry Service. Dauntless Air CEO Brett L’Esperance said for them the move was in line with their goals of providing convenient support services to Texas and Oklahoma as well as making good use of what would otherwise be underutilized assets.

“[Texas’] fire seasons match up nicely with the fire seasons out west,” said L’Esperance. “You guys tend to have burns earlier in the year and later in the year when our aircraft are basically sitting so I’m trying to find ways to allocate the assets to parts of the country that could use them and provide advantageous pricing to states like Texas, Oklahoma, and Florida to do so.”

Knowing Texas was their best option, as far as being strategically placed to be of most help, after spending some time looking around the state, Cleburne started looking like an ideal location.

“We were looking in the general I-35 corridor area,” L’Esperance explained, “A; because that’s where the Texas Forestry Service would like us to be and b; we have people who are flying in from other parts of the country so something near Dallas, Huston, or Austin was key. Then the opportunity came up to start a lease in Cleburne and we jumped on it because we were looking for a place to do some winter maintenance and store some aircraft over the winter and as we head into your fire season to have them based there.”

L’Esperance and others in the Dauntless Air crew feel that Cleburne could be a key location as they develop their business on a national level.

“We have our major maintenance facilities in Idaho which is where we spend our busy months, then we have our global world headquarters in a very small town in Minnesota, and we’ve been looking for a way to finish off that triangle and ideally trying to find a place in Texas to do so,” said L’Esperance. “We’ve been keeping our eyes and ears open for three years now and Cleburne has been the first time that we’ve hit all the important demand characteristics for us; close to the [DFW] metroplex, accessible from the major airports, scoop-able water in the area, an available hangar that can fit our aircraft, and Cleburne has been the one to show up. So we’re excited about what might become of Cleburne over time.”

When parked on the airport ramp, the Fire Boss towers above other single-piston general aircraft nearby. But even being so large, the single turbo propeller plane only requires one pilot and can pack an impressive amount of water in its tanks that it gets by scooping water from bodies of water closest to whatever fire they’re battling. This makes it really good at fighting fires.

“The unique thing about the Fire Boss is that it is cost effective enough for states to afford it and also unbelievably good at putting out fires,” said L’Esperance. “Once you get to a fire and find a lake to scoop from, you never have to go back to the base to reload, you just scoop the water and go back to the fire. We’ve done as much as twenty-eight thousand gallons between two aircraft in a couple of hours. Whereas a large air tanker has to fill up at a tanker base with retardant, fly out to the fire, drop their three or four thousand gallons then have to fly back to the base, and reload again. It’s just less efficient.”

The flexibility the Fire Boss aircraft provides has given states across the country, including Texas, an affordable means to combat fires from the air, which L’Esperance explained was an important factor in controlling fires that could otherwise pose a threat to people and property.

Their aircraft can not only fill such a need, but do so in a cost effective manner, which means a conservative use of state’s tax dollars.

“You really need a combination of good ground fighting resources, both people and equipment, and the aerial support adds to that,” said L’Esperance. “We have a lot of former military pilots and a lot of pilots that fly our aircraft are former A10 Warthog pilots and they liken the experience to providing areal support to combat troops.

“You can’t just fight a battle with ground troops and ground vehicles, you need to provide support from above. We believe that an aircraft like our Fire Boss in combination with good resources on the ground improves the probability that you’re going to knock that fire down, contain it, mitigate it, and reduce the threat it may pose to a town or valuable assets.”

According to L’Esperance, The National Interagency Fire Center (NIFC) in Boise, Idaho, an interagency coordination center for all the fire assets in the nation is predicting that in the next three months Texas, Oklahoma, and Florida are all predicted to be at higher fire probability than less.

“Now we’re here and ready to go,” said L’Esperance. “I like Texas. I like the Texas business environment. From what I’ve heard from our folks that have spent some time down there [in Cleburne], it seems to be a nice hangar and a nice airport and a nice town so we’re happy to be there.”