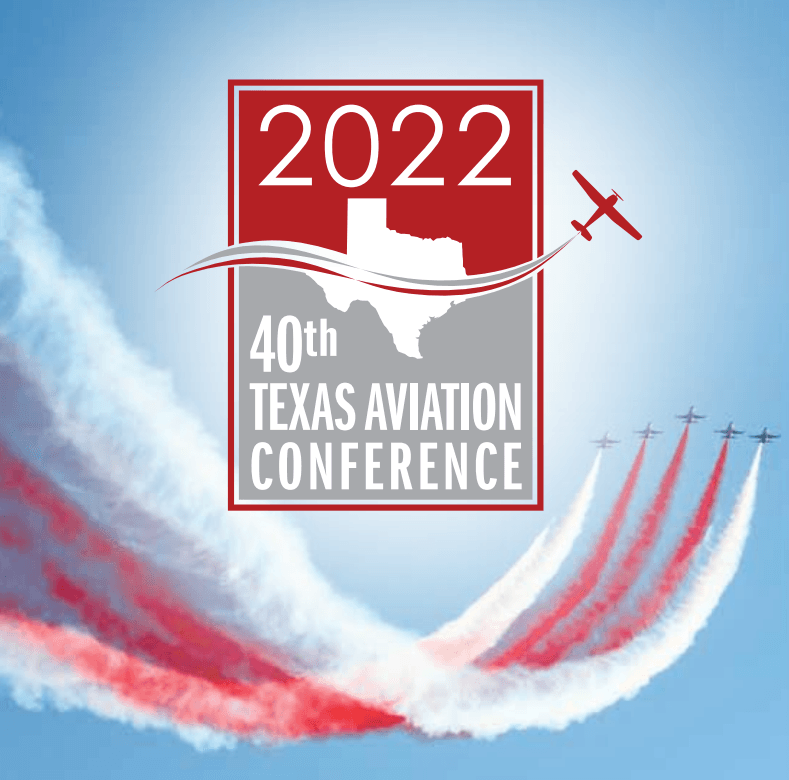 Perspective from a first time attendee

On Wednesday, March 2, aviation professionals from across the state met in San Marcos for the 40th Annual Texas Aviation Conference organized by the Texas A&M Transportation Institute. In the days that followed, presentations and conversations centered around acquiring much needed funding for airports including somewhat unclear information regarding the BIL (Bipartisan Infrastructure Law) also known as the IIJA (Infrastructure Investment and Jobs Act).

Contributors to the conference included numerous officials from the TxDOT Aviation Division and members of the Texas Airports Council along with an energetic key note address on the topic of complacency presented by Dr. Leroy Chiao, former astronaut and Commander of the International Space Station.

For someone such as myself being fairly new to the world of airport management, I can’t stress enough how appreciative I was to be able to see so many professionals in their element. On top of that, the level of inclusiveness that was shown to me by so many airport managers and supervisors was really refreshing. In so many business environments, competition beats cooperation, but as I saw at the conference: not so with airport management, often out of necessity.

This leads perfectly into the a major observation I made as a fresh set of ears at the conference: Texas airports are severely underfunded. Even though Texas is home to two thirds of the number of airports in our federal funding area, the state only receives an equal one third of the funding shared with Louisiana and Oklahoma. On top of that, funding levels have been the same since the late 80’s despite increasing materials and labor costs meaning the funding is in effect shrinking.

While efforts are being made to increase funding through various means, including advocating at the state and federal level, progress is anticipated to be slow and funding may never be at the levels airport professionals feel would be adequate to cover aging infrastructure, rising costs, and increasing maintenance demands. This seems to be a large reason for the cooperative spirit of the aviation management world.

Throughout the conference, be it in a spacious hall or a small table at a local eatery, there echoed conversations in one form or another sharing difficulties and asking if others experienced similar issues and what solutions, if any, they had found. In this way, a huge amount of knowledge was exchanged. This was where I benefited the most in terms of learning a plethora about the industry in a short amount of time.

The big topic on most people’s minds at the conference was the details of the IIJA which had been released simultaneously to the conference. TxDOT officials Dan Harmon and Jim Haley did a great job providing as much information as they had in regards to the bill, but were up front with saying they were just as fresh to the information as everyone else was and that it would take them some time to get clarification on some aspects of the additional funding. That made discussing details about the bill at the conference somewhat challenging.

Regardless of the size or location of the airport, several issues came across as reoccurring motifs. First, as already stated, was funding for needed infrastructure improvements and the importance of using RAMP (Routine Airport Maintenance Program) funding for as many applicable projects as possible.

Another issue plaguing airports across Texas is a severe lack of hangar space for the increasing number of aircraft coming into the state. Numerous airports reported a waiting list of 80 to 100 individuals, with some airports having even more. Pricing for constructing regular T-hangars, for instance, ran in the $200,000-$250,000 range per hangar, making return on investment highly unfavorable to public or private entities looking to build. Shade hangars and canvas hangars were brought up as potential solutions, with canvas hangars being confirmed as eligible for federal funding. However, shade hangars were a little bit more difficult to pin down as eligible.

In addition to a shortage of hangars, several individuals commented on the issue of airport fees being much lower in some areas than the industry average. As an example, a comparison was made between the prices per square foot of storage units, often constructed in the same manner as T-hangars without access to electricity, to the price per square foot of many airport hangars which did include access to electricity. While storage units usually were for storing junk and cost more per square foot, airport hangars are most often used to store more precious belongings, namely an aircraft.

Raising hangar rent was one solution to helping to increase sustainability of an airport’s operations as well as potentially making prospective investors look more favorably at building. Many managers commented that they were in the process of slowly raising hangar rent over the next several years.

The last issue I heard repeated from numerous attendees at the conference was an inherent frustration with a seemingly disconnected government leadership at the local and federal level. Some city and county governances lack an understanding of airports. Other managers spoke to the importance of keeping lines of communication open to city managers and council members as well as including them in activities and meetings at the airport which helps them stay connected and understand the importance of their local airports.

Legislators present at the conference spoke to a great extent about the excitement of the Unmanned Aircraft System (UAS) development and how much change it will bring to the industry, but had little to say in regards to improving funding opportunities and processes to repair and improve systems presently in place to be prepared for such change. To many, this seemed to be an issue of putting the cart before the horse whereas it was more important to focus in on issues actively facing airports instead of what might be coming in the future.

Texas Airports Council, a membership based 501(c)3 organization currently in the works of changing to a 501(c)6, said they were actively working towards providing advocacy at the state and federal levels to help educate legislators, representatives, and other officials on the problems facing Texas airports in hopes of creating meaningful dialogue to address present needs, namely funding. These efforts will hopefully help to remedy the aforementioned frustrations expressed by airport management.

By the end of the conference, not only was I made aware of some of the biggest issues facing the airport industry as a whole across Texas, but was also pleased to see a number of solutions brought to the table to address these issues. While we have our work cut out for us to bring those solutions into action, it was motivating to see the continued cooperative spirit of the industry and realize that overall we’re moving in the right direction.