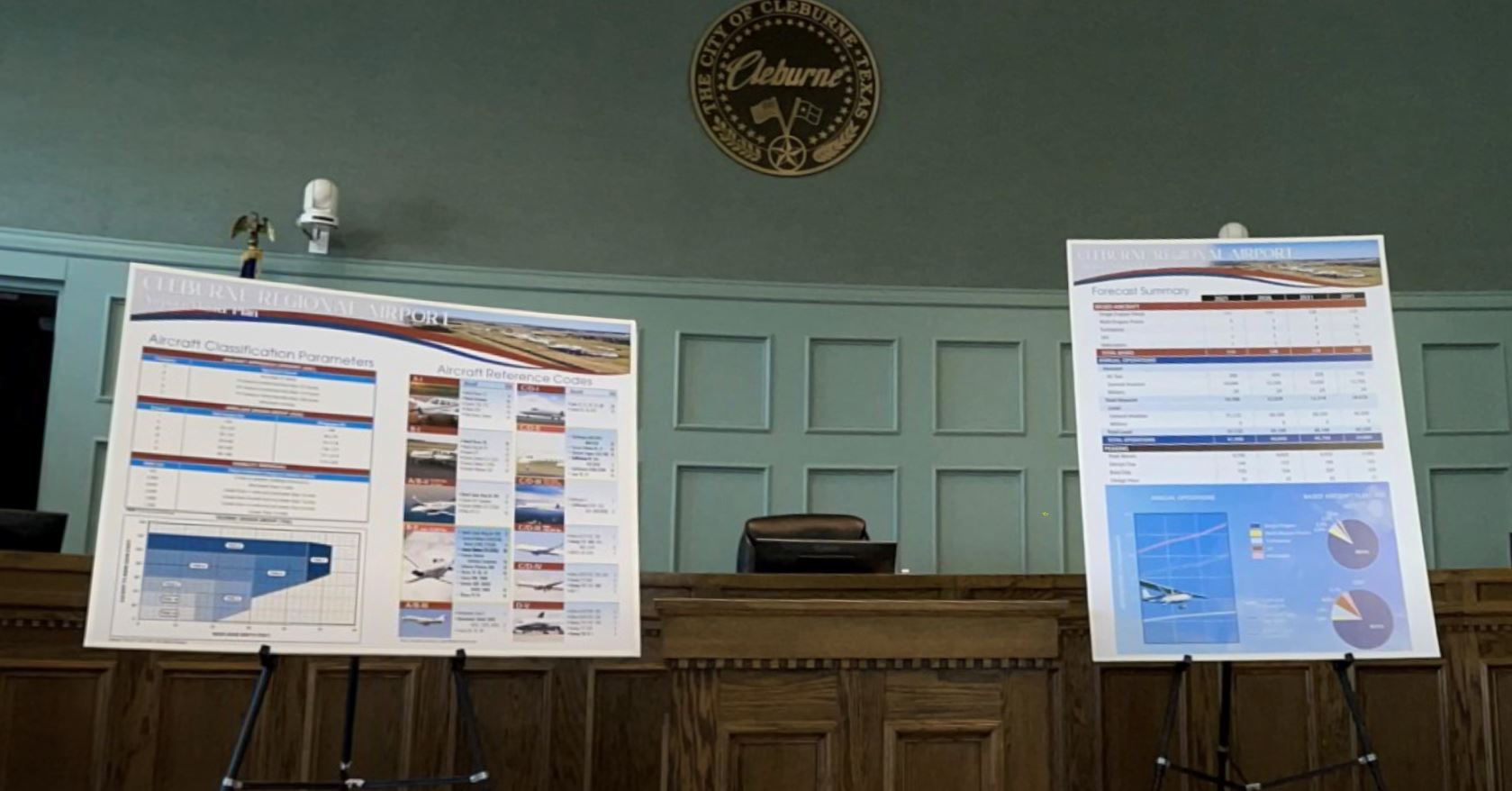 A new Airport Master Plan for Cleburne Regional Airport is currently underway with help from airport consultants Coffman Associates and input from airport and city leadership that will support growth and planning for the airport for the next ten years. The FAA recommends that airports update their long-term planning documents every seven to ten years to address local changes and as the city continues to explode with new residents and businesses, the airport is expected to feel a good deal of that growth as well.
Coffman Associates has been putting together research, statistics, and projections for several months and the first public input meeting took place earlier last month on March 10 with several members of the public in attendance to listen to what has been established so far. This finishes out their “phase one” which included an inventory of the airport, forecasts, and facility requirements.

Details for the inventory portion of the plan included a socioeconomic outline of the area as well as future projections. As of 2020, the population of the county was at 177,569 and expected to grow to an estimated 221,136 people living in the county by 2041. The economic impact of Cleburne Airport, also included in the inventory of the airport study, shows a total economic activity of $8.9 million as of 2018.

The Texas Airport System Plan further identified Cleburne Airport as a “reliever” airport, though this is noth the same reliever designation as defined by the FAA. The airport meets all but one of the minimum design standers for that FAA designation; the lowest visibility minimum approach available at the airport is only 7/8-mile while the minimum standard requires ¾-mile.

Other interesting data included in inventory includes a list of protected species with a potential to be near or on the airport. These species include the endangered Golden-cheeked Warbler, and threatened birds Piping Plover and Red Knot. A species of clam, the Texas Fawnsfoot and the Monarch butterfly were also listed. 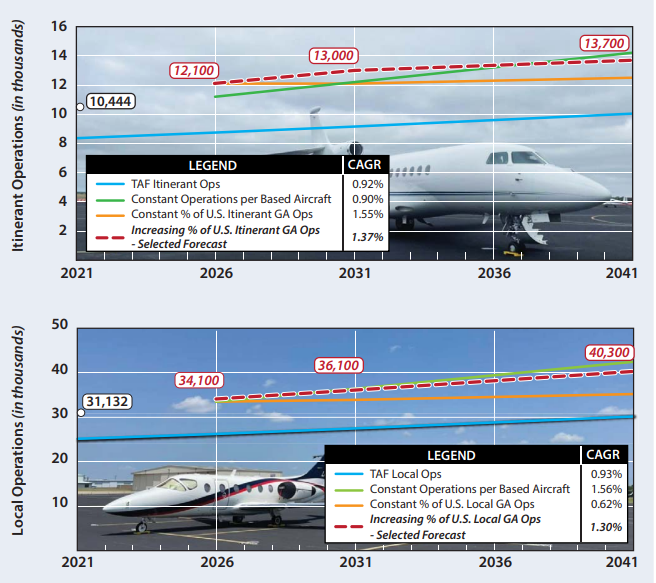 Forecasts for the airport included a general aviation forecast from the FAA which stated the outlook for general aviation was “stable to optimistic” with the largest segment of the fleet – fixed-wing piston aircraft – predicted to wane over the forecasted period (2021 to 2041) “due to unfavorable pilot demographics, increasing cost of ownership, the availability of lower-cost alternatives for recreational uses, and new aircraft deliveries not keeping pace with the retirement of aging aircraft,” Coffman’s report stated.

Locally, based aircraft are predicted to grow from the current 119 aircraft to a projected 162 based aircraft by 2041 taking into account an increasing market share of 1.53 percent.

With an increase in based aircraft and operations forecasted for the airport, naturally the proposed facility requirements included a need for more hangars and additional ramp area to compensate the traffic.

Now Coffman Associates will be putting together development alternatives based on the facility requirements, forecasts, public input, and other information gathered to present in June at another committee meeting and public workshop. Once a date and time is set for the June public workshop, the airport will post them online on their calendar as well as post them at the airport FBO.