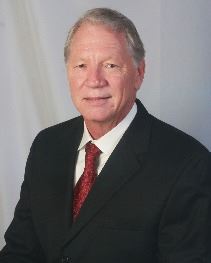 Mike Mann was born and raised in Cleburne, Texas, graduating from Cleburne High School. He received a degree from Texas A&M in agricultural economics.  Following graduation, he spent a number of years at Bunge Port of Galveston supervising the exportation of grain.  Mike was also a realtor and broker in the Houston area. Mike moved back to Cleburne to raise his growing family, joining his family business, Mann Farm and Ranch, which was sold in 2007.

Mike became interested in aviation and learned to fly at the local Cleburne Airport.  Years later, he worked as a commercial pilot in Northern Arizona. Mike returned home when a job opportunity was presented working for the Texas Department of Agriculture, he left the agency in 2019 as Director of Agricultural Commodity Program.

Mike then ran for a seat on the Cleburne City Council, a position he held for a number of years in the 1990s.  He still manages, sells, and invests in properties and projects in the Cleburne area, working full time as a realtor. He continues to dedicate his time, knowledge and resources into making his home town the very best it can possibly be moving into the future.

Raised on the values of faith and family and fellowship, Mike enjoys spending time with his large family, and lives in the same home he built over 25 years ago, with his wife Tracy.  They have 5 children and a booming crop of grandchildren, 8 to date, which he refers to as his greatest blessing.  He says his hobbies are improving efficiency of local government, working hard to provide a livable wage to all Cleburne citizens, and supporting his community to the best of his ability.  Mike is honored and humbled to have this opportunity.