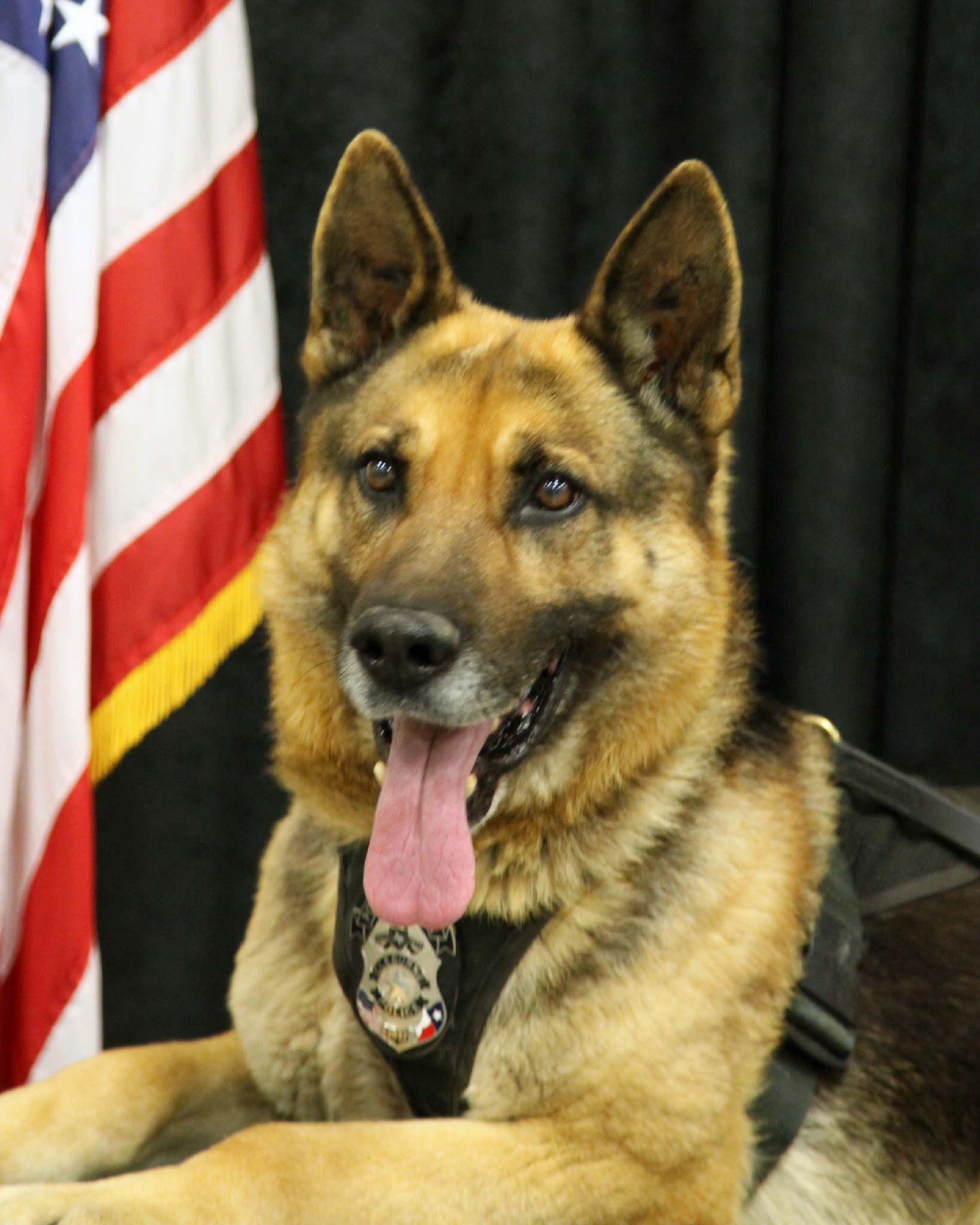 Gimi is a full blood German Shepherd from Czechoslovakia. He was imported into the United States in 2007 when he was 18 months old. He was purchased from Ventosa Kennels in North Carolina. His handler, Officer Blunck, drove to Ventosa Kennels and picked Gimi from a large group of dogs based on his drives and character traits.

Gimi and Officer Blunck spent four months training with the Fort Worth Police Department K9 unit. During this time, Gimi was trained and then certified by the National Narcotic Detector Dog Association in the detection of Marijuana, Heroin, Cocaine and Crack cocaine, and Methamphetamines. The pair also received training in handler protection, criminal apprehension, and search techniques, among other things. Gimi has been in service with the Cleburne Police Department since 2008.

His handler, Officer Blunck, has been with the Cleburne Police Department since December of 1998. Over the years, Gimi has been instrumental in assisting officers in all of Johnson County with narcotics cases, criminal detection, and apprehension.